In 1932 H. Lawrence Scott opened the Scott Funeral Home. The Scott family managed the funeral home for 3 generations. For many decades the Scott Funeral Home was the foremost funeral home in the Bayshore area. It was many years after opening the business that Larry Scott finally erected a sign on the front lawn that announced the funeral establishment.

Larry was known as the town undertaker. He was also known as a true gentleman and friend among many. To this day many of the longtime residents of the community will share stories about Larry and the funeral home. Whether they hunted or bowled with Larry or attended one of his famous New Year's parties, they usually share a great tale. The Scott Family made many friends and assisted many families through difficult times.

The Scott Family retired from the funeral business in 1990 when the Costello family purchased the home. Brothers Patrick and Thomas ran the business for 5 years when they sold it to the current family. Alicia Kedz Sarin purchased the funeral home February 28, 1995 with the help of her parents Al and Dee Kedz. The Kedz Family owned and operated several funeral homes in Ocean county for 25 years. After retiring in 1993 , the Kedz's helped their daughter establish her own funeral business here in Monmouth county. When they first encountered the aged funeral home they fell in love with the area and saw the potential of the once foremost funeral home. Over the past 22 years many cosmetic renovations have taken place including our newly expanded facilities. We have brought our old beauty into the new millenium with enlarged viewing rooms, handicapped restrooms, better flow around the facility and a new seating arrangement that allows for a more homelike setting. Our new facility has all the modern ammenities but still holds the quaint, homey, charm that makes us stand apart. We are proud of our home and we invite you to pay us a visit anytime. Whether you have questions or just would like a tour, we are always here. Alicia Kedz Sarin and her husband Mark Sarin now run the funeral home and live above the viewing chapels with their four children Lilliana, Patrick, Evelyn and Abigail. 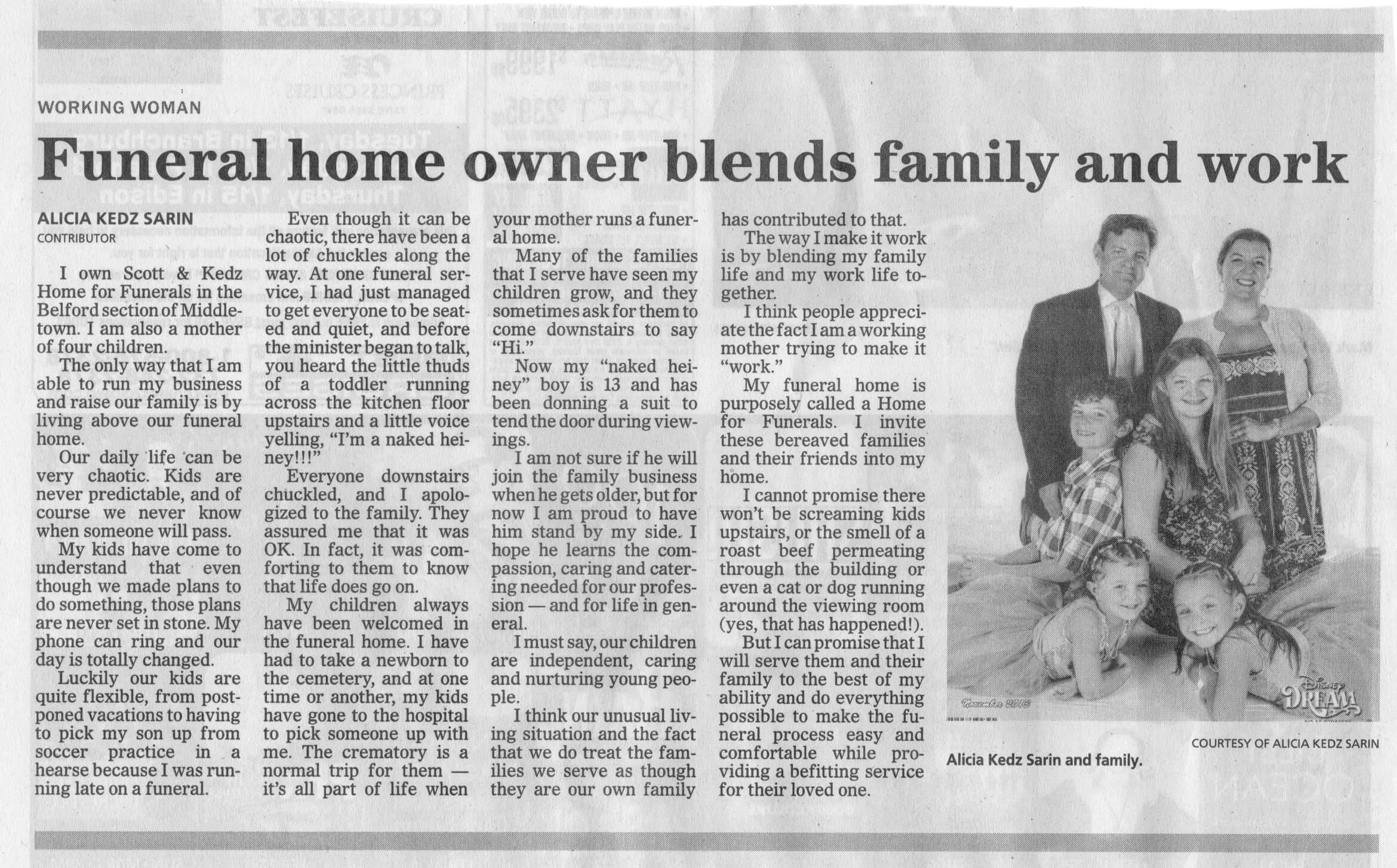